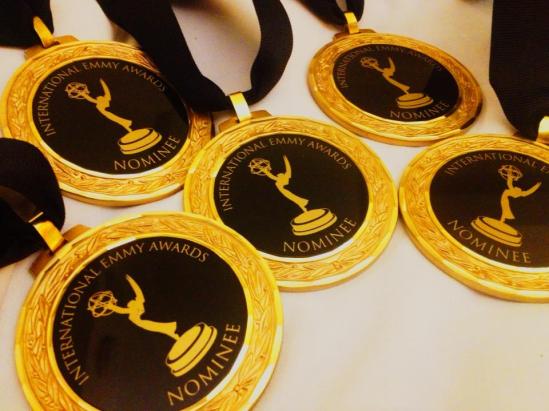 “24 Oras’” in-depth coverage of Typhoon Pablo, considered as the world’s deadliest natural disaster in 2012, received a nomination in the News Category. Led by anchors Mel Tiangco and Mike Enriquez, GMA News and Public Affairs’ ace team of reporters covered the typhoon that whipped Mindanao a few weeks before Christmas. “24 Oras’” coverage of the heartbreaking loss of lives after the typhoon was cited for being “a catalyst for public debate regarding the effectiveness of the country’s emergency preparedness.”

Kara David’s “I-Witness” documentary on children’s rights titled “Alkansiya” earned a nomination in the Current Affairs category. “Alkansiya” tells the story of a 12-year-old boy from Eastern Samar who dives and scours the seabed every night in search of sea cucumbers. Hoping to finish his studies, he eagerly deposits his measly income from selling his daily haul to his “alkansiya” or piggy bank. The documentary also received the prestigious UNICEF Child Rights Award in October of last year in Seoul, Korea.

Entries from GMA Network are the sole nominees from the Philippines and even in Asia in the News and Current Affairs categories. The eight nominees came from five countries including Brazil, Germany, Romania, Philippines, and United Kingdom. GMA Network and Brazil’s TV Globo are the only international entries to have earned a nod in both categories.

“The 2013 Nominees reported on subjects ranging from war to politics to human triumph and tragedy,” said Bruce L. Paisner, President and CEO of the International Academy of Television Arts and Sciences, the organization conferring the Emmys, in a news release announcing the nominees last Aug. 14.

Winners will be announced at the Lincoln Center in New York on Oct. 1.